Think the best attractions in the Big Apple stops with its landmarks and museums? Well think again. New York City has just got so much for tourists to enjoy and experience. For a laidback and relaxing day in the city, its parks and gardens are just a not-to-miss stop.

With its great views and varied activities, nobody in New York would not recommend visiting this 843-acre park recognized as a National Historic Landmark in 1963 to the tourists.   Opened in 1857, the Central Park has an annual budget of $25 million to make sure it maintains its beauty that many people from over the world come to visit.

There’s so much to do in the park – from boating to birding, riding carriage horses, rock climbing, and ice skating among others – that makes it perfect even for an everyday stroll! 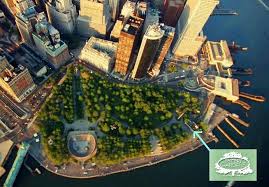 Although often overshadowed by the grandeur of the Central Park, there are still a number of parks in New York that’s worth your time. One of these is the Battery Park in Manhattan. Located on the borough’s southernmost tip, the 21-acre park got its name in dedication to the cannons built in the area to defend the city’s residents during the American Revolution. Thus, it is expected to see a number of memorials and monuments around the park. 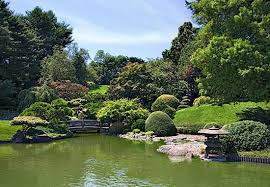 Explore this famous botanic garden in the city located just down the street of the Brooklyn Museum of Art. This 52-acre sanctuary is best visited in May, when the place turns almost pink from the cherry trees abloom during this time. Be sure to check out the fascinating Cranford Rose Garden, which is among New York’s finest and largest rose garden. The Shakespeare Garden will interest visitors, particularly those who are a fan of the English writer, for its showcase of plants mentioned in the writings of Shakespeare.

Probably next to the Central Park in fame, the Union Square Park is now of the best assets of New York. Home of the famous greenmarket, the park is a delightful place to spend an afternoon in the city. George Washington’s grand equestrian statue and the Barthodi, a bronze statue, are among the park’s highlights.  When you get hungry, you can stop by the café located at the park’s north end.

There are still more parks and gardens in New York for you to discover, which means you will definitely have endless options of where to be in the city!